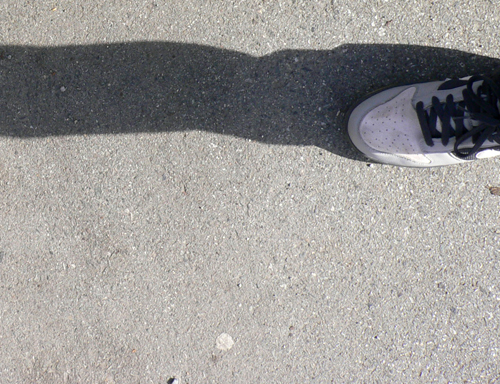 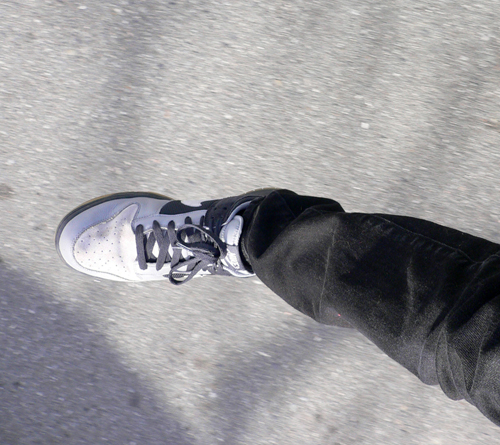 If I were down there with her, I would think about the different sounds that people and their shoes made. It would be like snowflakes, the sounds of walking. Would any two sounds be alike I wondered? I could almost hear the harsh clatter of heels on the aggregate concrete, and the sneaky hiss of sneakers as the rubber soles clung to the shiny surface. Each sound would be different, showing different weights and gaits, rushed nervous trots or resigned shuffles. I wondered if a doctor’s walk and nurse’s pace sounded the same, even if they were both in a rush. Would the sound of a parent running to see their sick child be the same as a son or daughter’s shuffle going to visit an elderly dying parent?
Watching people in the sun, I wondered about what sound sounds made.